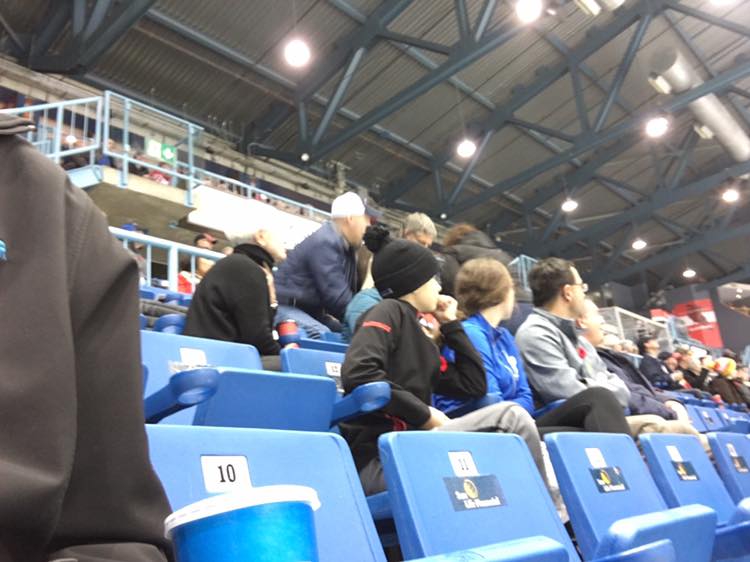 Jesse and I witnessed one of the kindest acts ever during Canada vs Finland tonight in the city….

Between the second and third period, they were launching t-shirts into the crowd and one flew over our heads and landed in the aisle. The boy, wearing the black hat in the picture, flew out of his seat and got to the shirt first. When he stood up he came face to face with a father and his baby girl who just missed catching it, and immediately handed it to the little girl!!! The boy was clearly a hockey player, and this was totally selfless.

During the third, a puck flew over the glass in front of us and it was caught by… the father of the little girl!!! He instantly walked from his seat and handed the game puck to the boy who gave up his t-shirt!!

There are no comments for this announcement.